Ever since the Atari, game manufacturers have been trying to find new ways to get players healthy while keeping the games entertaining. Exercise in video games is nothing new, and the Lifecycle is just the latest in a long history of these sorts of projects.

(This is a rather informal history that I'm basing purely on what I can remember, so if I've missed anything, please email me and I'll update the post. :) ) 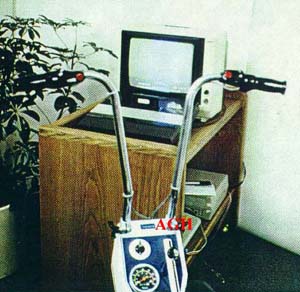 The Puffer Project was the first try at bringing exercise into video games. In 1982, Atari started research on an exercise bike that could be used to control the Atari 5200 system. After developing a few different versions for both medical and home use, the project went under due to the massive video game market fallout of 1983, never to be seen again. 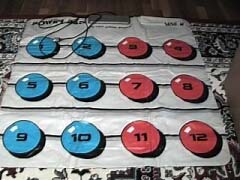 5 years later, the advent of the Nintendo Power Pad brought in many new exercise games, including Super Team Games and Dance Aerobics. The Power Pad seems to die off pretty quickly after introduction, with few genre specific games being released for it after the initial period. 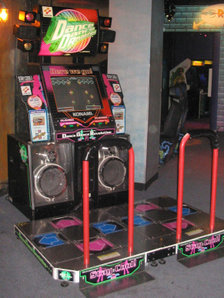 The late ninties saw the creation of Dance Dance Revolution from Konami. This game required players to step on arrows, with rhythm provided by music in the game. Later incarnations and many, many knockoffs of the original game saw harder songs, arrows in different places, and other new features. Home versions of the game came with calorie counting options so that health concious users could track their performance while playing. 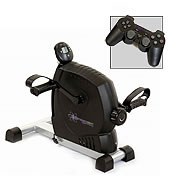 The NeoRacer is a set of pedals that could be set up anywhere and hooked to a computer or playstation in order to control video games, much like the LifeCycle project. 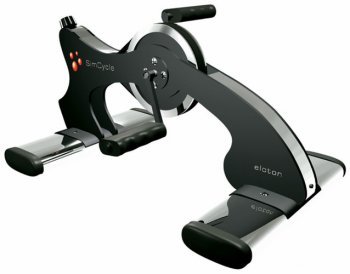 The Eloton SimCycle was the same idea in a nicer design, but the company no longer seems to exist.

Both the SimCycle and Neoracer are still available to buy. They will run at least US$200+. 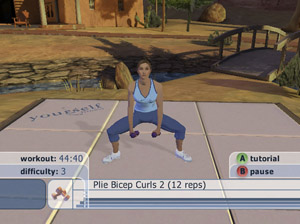 In 2004, ResponDesign released Yourself!Fitness, a modern version of Dance Aerobics (minus the specialized control system). This software allowed users to follow workout routines and get nutritional information through the machine they usually used for physically passive entertainment (unless you consider throwing the controls across the room after playing Ninja Gaiden exercise).

Currently, there are two projects making video game news, the FPGameRunner, and the NexFit Exercise bike. 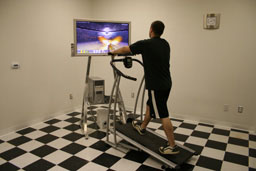 The FPGameRunner is a manual control treadmill that translates walking speed into motion in a first person shooter. Aiming, strafing, and directional control are handled through a handlebar type setup. Made specifically for FPSes, it allows users to run through the levels instead of just using a mouse and keyboard.

(As an aside, if they put some sort of weight or impact sensor in this to detect jumping, it could be the most awesomest Super Mario Bros controller EVER.) 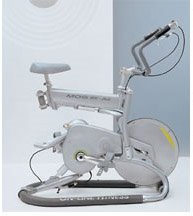 The NexFit, somewhat like the Puffer Project, provides a full exercise bike setup for the user. It allows users to control any game on the PS2 or Xbox. It has a lightweight aluminum frame, features full force feedback, and comes with health management software to track progress.