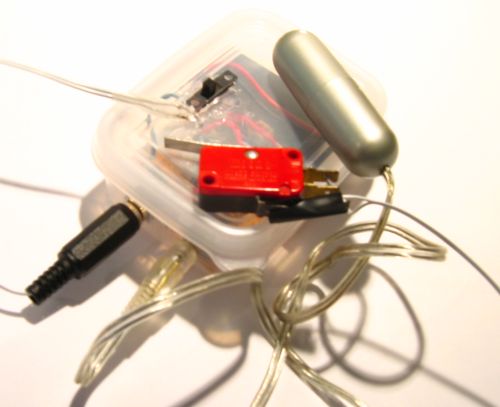 Force Feedback Reality is a small circuit made to turn analog signals from different sensors into haptic force feedback events. Using an ATTiny13 and a variety of sensors, the board allows the user to augment other senses into touch. For instance, the vibration motor will speed up as more light is cast on a photoresistor. For modularity, the sensors can be switched out quickly using the mono 3.5cm jack.